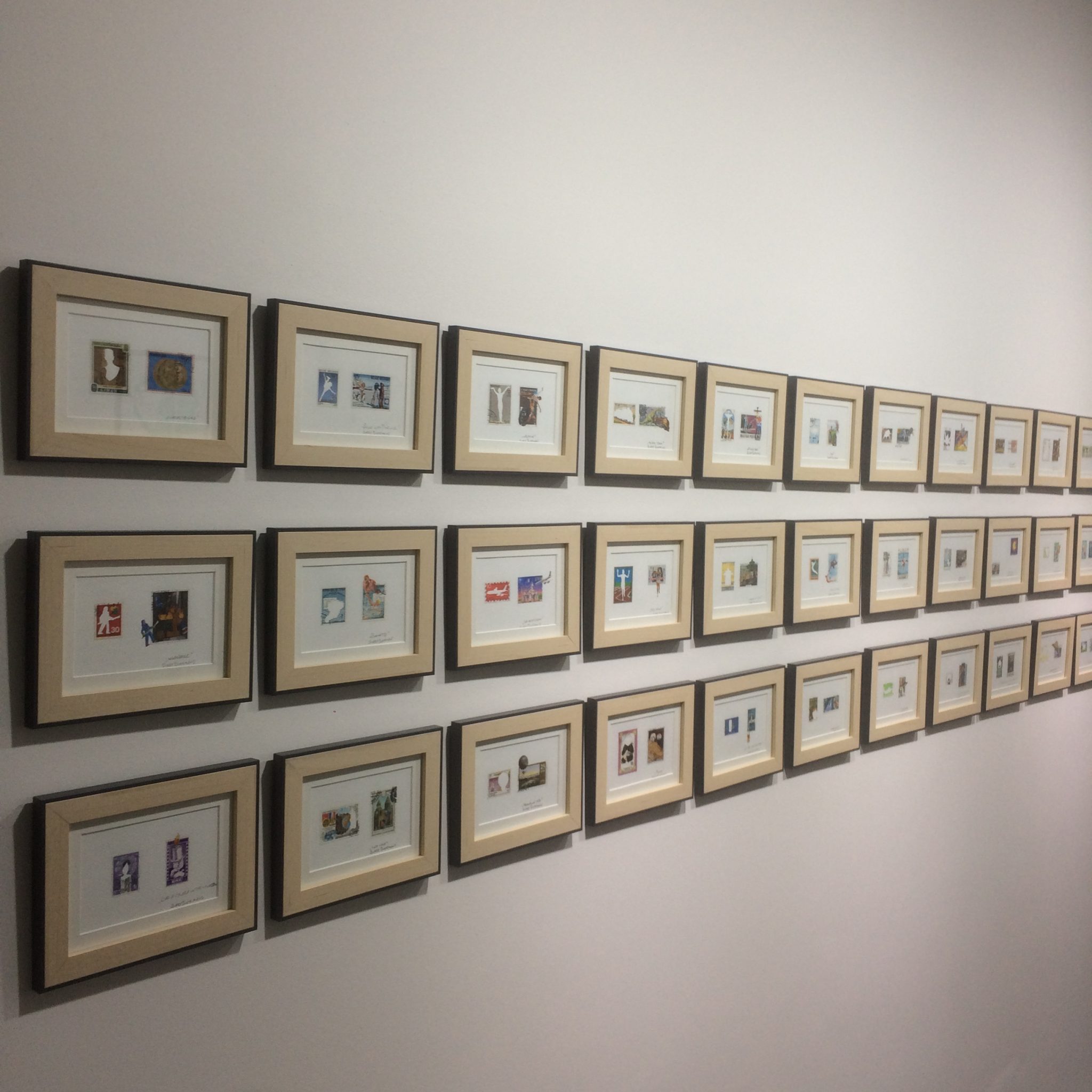 One year before Burry Buermans doing his first collage, he visited an auction with some of my friends, and for a unknown reason he found himself bidding on a immens postal stamp collection which he eventually ended up buying.

5 years later, when Burry moved the 6 banana boxes filled with stamps to Portugal he came up with the idea of starting his stamp collage series.

The concept has a very interesting result, and with an exception of a few works all works consist of two framed postal stamps where one image is cut out from the first stamp to combine it with the second stamp. All works have a specific title which explains their relation.

The details in the cutouts are very small, and we are not talking about millimeters, but a fraction of that.

Burry was asked to make an artistic installation for the short film festival BANG AWARDS with the theme “changes”.

He opted to interpret it in two different ways, literally and  figuratively. The mural, just like the world around us, is constantly changing by switching from different light sources and colours in an endless cycle without beginning neither an end. The mural could be read from left to right with on the left part the things he want to ban or avoid in his life. The central part had different interpretations of the word “changes” and the right side stands for all the things he wishes for himself and all others. May love always prevails on hate…

In 2012 Burry Buermans was asked by Weedy from 40Winks to design his album cover for he’s new solo project “Retrospect Suite”.

Since Weedy exclusively works with samples from old songs and movies to create the feeling of a one man orchestra he wanted the album cover to be a analog collage to reflect the cutting and pasting. This time not with sound but with images of all the instruments used in the album.

Check the video and get delightened! 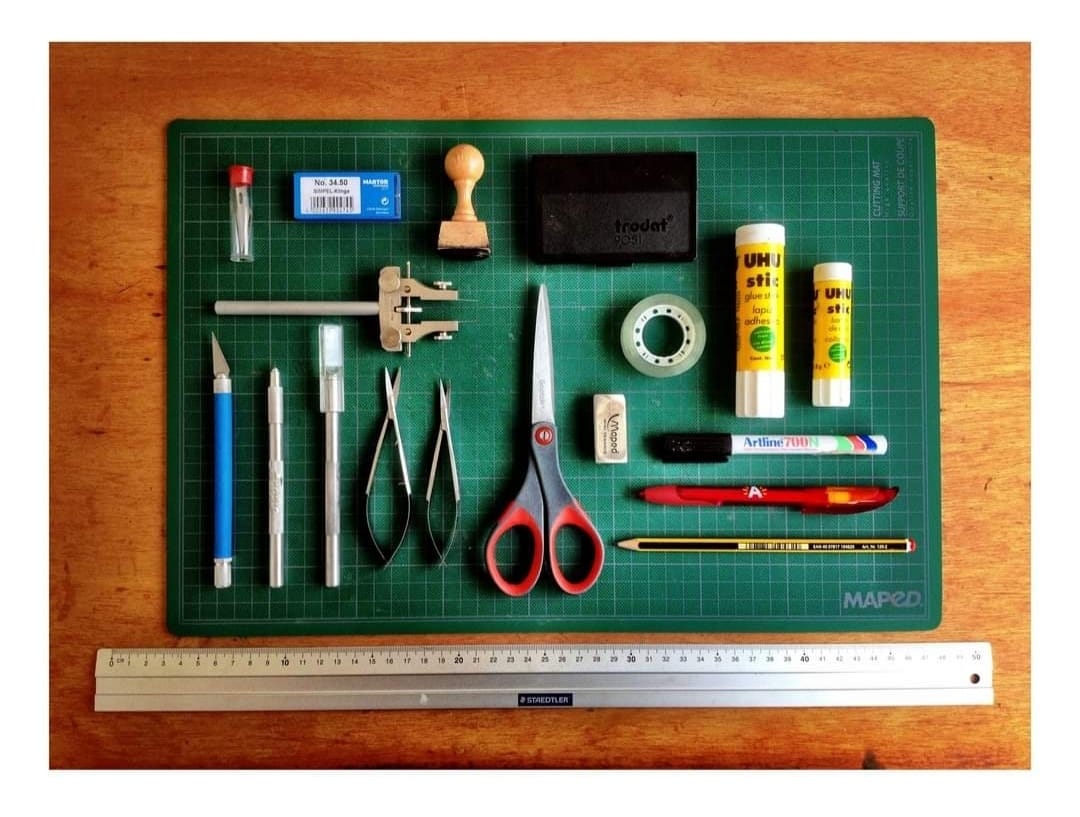 Stay in the loop about NEW ARTISTS and EXCLUSIVE ARTWORK RELEASES! 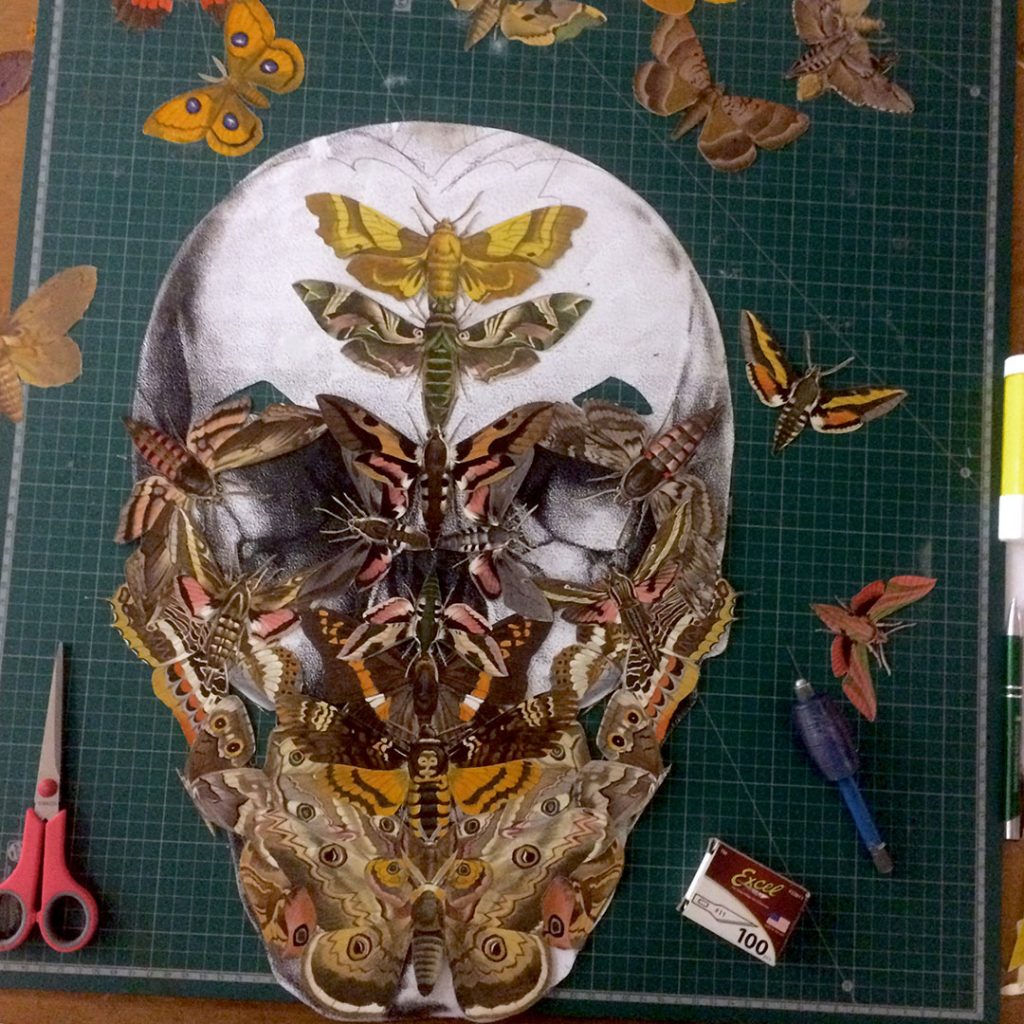 Butterflies Skulls were the first works sold by Burry, which gave him that extra push to focus on his job as an artist. These woks of art were made with cuttings from an expensive collecters books. 7 years later he revisited this theme and made another series for his expo in Macau in 2019. This time he played more with symmetry, almost only possible to achieve with symmetrical images such as butterflies.

Burry always loved the design, music, cars and fashion of the 60´s and 70´s. Jimmy Hendrix is one of those iconic symbols Burry always wanted to portray. The book used was “The Ultimate Guitar Book” that he found in “Het cultuurhuis” in Hoboken where he worked before start making collages. Burry had the book and the idea since 2012, but only managed to get it done 8 years later. A lot of details goes into these works, most of it is later covered up by other images to build up the work, and that’s the way Burry likes to do it.

In 2015 Burry Buermans was asked together with Add fuel, Mario Belém, Tamara Alves, Godmess and others to rebrand the NOS Alive tree of life for the NOS Alive festival 2015. For the press release of the festival Burry was commissioned to make an other artwork on the spot. Since Burry wanted to make something new, he made the second tree with birds instead of butterflies. A few years later in 2018 during his solo show in GO Gallery Amsterdam he replaced the background of the work with toilet paper to question the politics around the paper industry and to criticize the explotation of Eucalyptus in Portugal.

This may be a good place to introduce yourself and your site or include some credits.