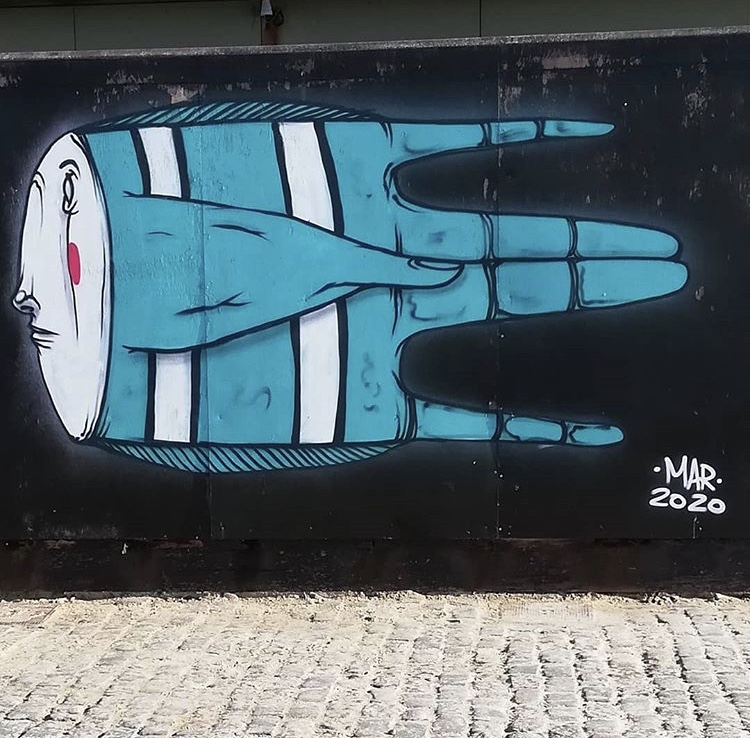 “Turista” project appeared around 2010. Based on the principles of Graffiti, the Tourist is a character used by MAR to spread his name on walls across the world. It takes the form of a handfish, making from it a traveler from the SEA (MAR in Portuguese) in an endless search for something that he does not know