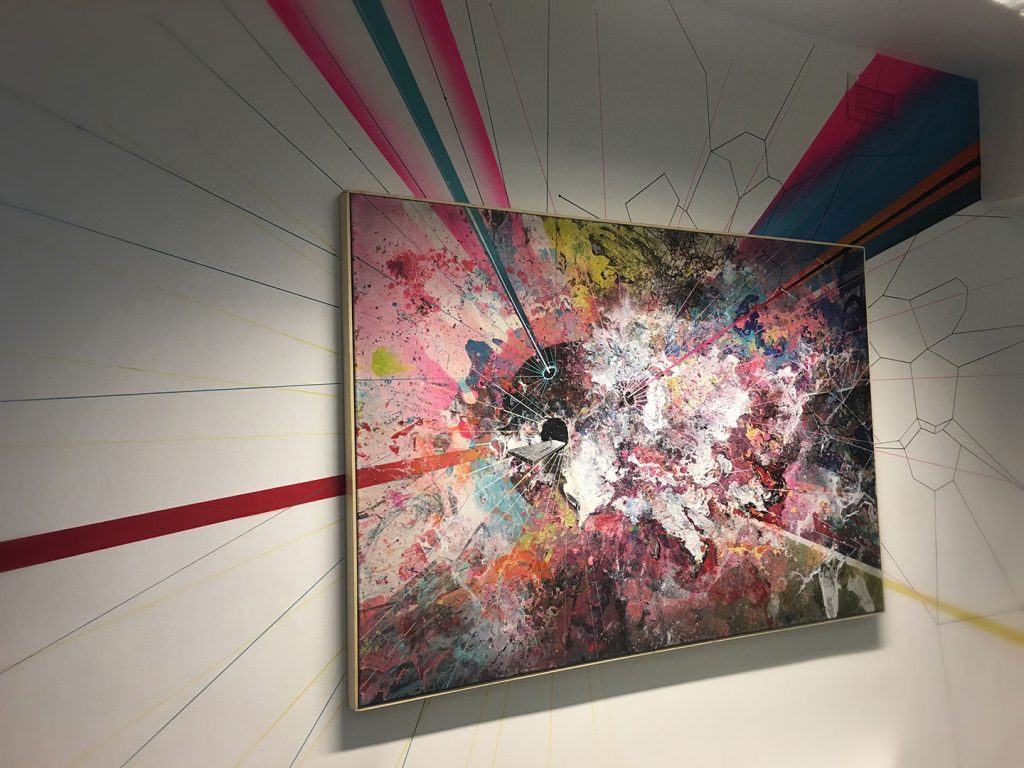 This series of paintings on canvas and walls are a small trip to RAM chaotic organic geometric psychedelic Universe.

Being part of a psychedelic culture revealed that we humans are not symmetric, the world is not symmetric and the universe is not symmetric … but almost all the classic visions are based in symmetrical images, geometric formulas and symmetric creations … RAM doesn’t see it like that and don’t feel humans and nature like that so all these paintings are about the non symmetric reality.